Muslims in America have found religious liberty in practice to be elusive. Government agencies surveil mosques, Islamic schools, Muslim student groups, and Muslim-owned businesses. Law enforcement scrutinizes Muslims’ travel patterns, personal associations with other Muslims, and religious practices to validate their suspicions that Muslims are terrorists, not adherents to a religion of peace.

These racialized government practices signal to private citizens that they too are justified in suspecting Muslim neighbors, co-workers, and customers that lead to discrimination in the workplace, schools, and public spaces. A sizeable number of Americans call for closures of mosques, deportation of Muslims, and legal bans on the practice of Islam.

Actions that would otherwise be contrary to American religious freedom values are considered rational and patriotic because Islam is stripped of its religious bona fides and labeled a violent political ideology.

That Muslims of various races and ethnicities are experiencing such widespread discrimination demonstrates that America is not post-racial. Nor is religious liberty equally available to all faiths, particularly those perceived as a threat to America’s Judeo-Christian national identity.

The Color of Religion project examines the racialization of religious freedom in America through an interfaith and cross-racial approach. 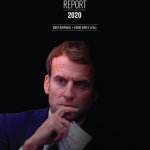 By: Enes Bayrakli and Farid Hafez 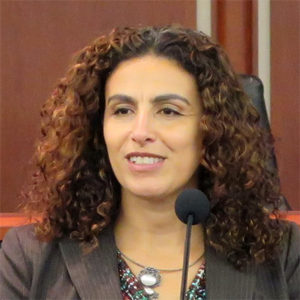 From the Oppressed to the Terrorist: Muslim American Women Caught in the Crosshairs of Intersectionality

In the post-9/11 era, Muslim women donning a headscarf in America find themselves trapped at the intersection of bias against Islam, the racialized Muslim, and women. In contrast to their male counterparts, Muslim women face unique forms of discrimination not adequately addressed by Muslim civil rights advocacy organizations, women’s rights organizations, or civil liberties advocates.

"The work is outsourced to contractors, who go into the field and hire their own local staff, and is debilitated by unrealistic timelines and wasteful spending imposed by legislators looking to tout quick successes...".

"...despite wide recognition and awareness of #Islamophobia, state authorities were often reluctant to address anti-#Muslim #racism because of a lack of data. 'EIR provides that fact that you cannot deny its existence'..."

"The Salhiya home was demolished and the family expelled under the pretext of building a school on the land, which the Israeli municipality claims ownership of."