U.S. foreign policy and military interventions affect how Arab, Muslim, and South Asian communities are treated by the state and private actors.  The War on Terror and military occupation of Iraq and Afghanistan triggered a wave of collective suspicion of and discrimination against persons perceived as Muslims.

Media coverage of the Middle East, South Asia, and other Muslim majority countries defines the American public’s perceptions of Islam, Muslims, and immigrants from those regions.   News stories exclusively through a security lens produce countless stories about Al Qaeda, Osama bin Laden, ISIS, and other terrorist groups.  As a result, many Americans are convinced that Muslims, Arabs, and South Asians in America are a fifth column.

Meanwhile, the American public is rarely exposed to the humanity of the average citizen in Muslim-majority countries with similar concerns for their safety, economic prosperity, and dignity.  Nor is the public informed about the role that U.S. support for authoritarians plays in facilitating instability, human rights violations, and political violence.

The Transnational Rights and Security project examines how human rights and security in Muslim-majority countries are interconnected with civil rights, religious freedom, and national security in the United States. 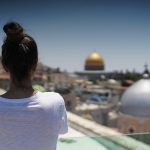 Palestinians have been living under occupation for more than seventy years.  Learn more about the deteriorating economic, political, and human rights situation of Palestinians living in Gaza and the West Bank Here. 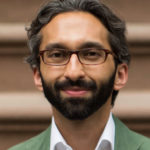 Indeterminacy in the Law of Armed Conflict

If a “fog of law” has settled over contemporary armed conflict, how might we find our way through it? It seems there is no rule of the law of armed conflict whose content or application is not disputed by distinguished scholars or experienced practitioners. These disputes may arise from the ambiguity or vagueness of some rules, the incompleteness of others, or inconsistencies between different rules. It does not help matters that general problems with the identification and application of customary international law are magnified with respect to the customary law of armed conflict.

"The work is outsourced to contractors, who go into the field and hire their own local staff, and is debilitated by unrealistic timelines and wasteful spending imposed by legislators looking to tout quick successes...".

"...despite wide recognition and awareness of #Islamophobia, state authorities were often reluctant to address anti-#Muslim #racism because of a lack of data. 'EIR provides that fact that you cannot deny its existence'..."

"The Salhiya home was demolished and the family expelled under the pretext of building a school on the land, which the Israeli municipality claims ownership of."