While media coverage has focused on Syrian refugees seeking asylum in third countries, such as Europe and the United States, eighty percent of the seven million externally displaced Syrians have sought refuge in the countries neighboring Syria: Jordan, Iraq, Turkey, Egypt and Lebanon resulting in an enormous strain on government services and the local economies.  As an influential player in Middle East politics, the United States has a national interest in sustaining the capacity of international systems to respond to protracted refugee crises. 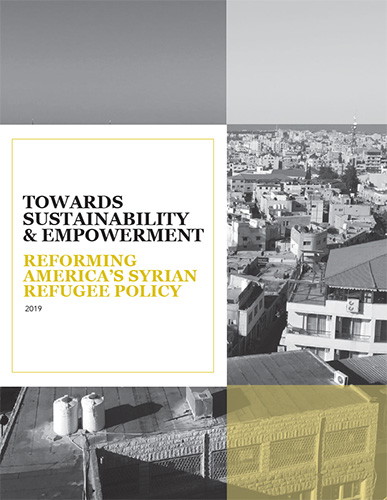 "#Pakistan’s newly appointed army chief has said the #military is ready to defend the country if attacked as he visited the Line of Control (LoC), which divides the disputed #Kashmir region." https://t.co/U4SCb2VesL

Check Out | “#Drones as an Instrument of U.S. Foreign #Policy” by @mpac_national “The post-#9/11 armed drone program was first used by the Central Intelligence Agency (#CIA) in Afghanistan starting in October 2001…” https://t.co/pmsA3asSpE