The false association of terrorism and violence with Islam has grave consequences for the liberty interests of Muslims, and those perceived as such.  Surveillance, sting operations, targeted immigration enforcement, special registration, and immigration bans are among the myriad ways in which Muslim identity is effectively criminalized.

The criminalization of Muslim identity, unfortunately, is not the first time a minority group has been subjected to repression by the state on account of its racial and religious identity.

Racialized enforcement of criminal and national security laws has a sordid history in the United States.  African Americans and Native Americans suffered egregious civil and human rights violations as they were enslaved, forcibly evacuated from their land, lynched, segregated, and marginalized in our nation’s economy and political system.  Japanese Americans were interned, Chinese were excluded from entering the United States, and all Asians were denied the right to naturalize as U.S citizens.

Likewise, religious minorities have been persecuted based on false stereotypes that their beliefs were a threat to American values.  Catholics’ were presumed to be more loyal to the Pope than to the United States.  Jews were suspected of attempting to take over the country as part of a global conspiracy against Christians.  Buddhists were deemed godless heathens ineligible from attaining American citizenship.

The Criminalizing Muslim Identity project examines how Muslim identity is criminalized by law, policy, and societal norms with a focus on the structures adversely affecting religious and racial minorities.

Hate Crimes, Terrorism, and the Framing of White Supremacist Violence with Shirin Sinnar

When Islamophobia Turns Violent: The 2016 U.S. Presidential Elections
May 02, 2016
By: The Bridge Initiative 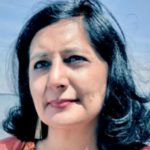 The War on Terror waged by the United States since 2001 has focused on religion, nationalism, and gender as linchpins in the U.S. discourse about bringing “democracy” and “human rights,” particularly “women’s rights,” to regions that presumably need to catch up with Western modernity. In this social Darwinist model, human subjects trapped in antidemocratic, patriarchal, and tribalistic cultures need to be liberated in order to achieve the “freedom” of individual autonomy prom- ised to the fittest by neoliberal capitalism. Muslim and Arab femininities and masculinities are a central focus of this politics of rescuing and reshap- ing subjects.

"#Judaism in the #Sectarian #Muslim World: #Conflict and #Normalization Following the Abraham Accords" "discourses about Judaism in contemporary Muslim public spheres that are increasingly constructed along sectarian lines on Jan. 31 at 10:30am"

Join us for Manijeh Moradian's book talk "This Flame Within: Iranian #Revolutionaries in the United States" on Feb 1 #Iran @bcrwtweets